Fried to golden brown perfection, these stuffed potato pies are the perfect side or snack and are an iconic street food in the Caribbean. Though every culture has their own version of this dish (from empanadas to perogies) these pies are made of well-seasoned mashed potato sealed into a simple flour dough round and fried until golden brown and puffy. The best part is that this recipe is both clean eat as well as vegan and vegetarian friendly! 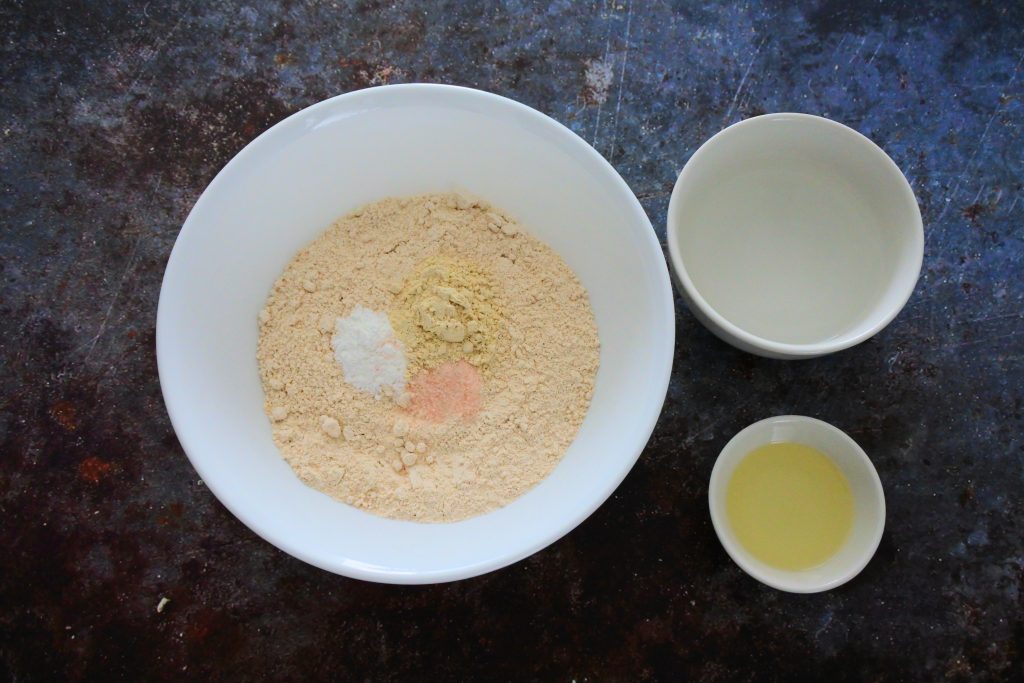 We’ll begin by setting the (sliced and peeled) potatoes to boil while we make the dough. To the flour we’ll add the baking powder, salt and vital wheat gluten and mix it together so all ingredients are evenly dispersed.

Next, we’ll make a well in the middle of the flour and we’ll add in the oil and water.

Using your hands, mix the flour and water together until a dough forms. When the dough comes together, remove it from the bowl and knead it on a clean counter surface for 5-6 minutes (this activates the vital wheat gluten and helps gluten strands to form, which when using whole wheat flour is necessary or else the flour will tear and won’t stretch which makes it difficult to handle and work with) until a smooth dough forms. Typically when I make this,  I do not need to flour the surface that I knead the dough on. As the dough is worked it forms together and becomes smooth and elastic the more it is worked.

The end result should be a smooth and easy to work with ball of dough that doesn’t stick to your hands. Set it onto a plate… 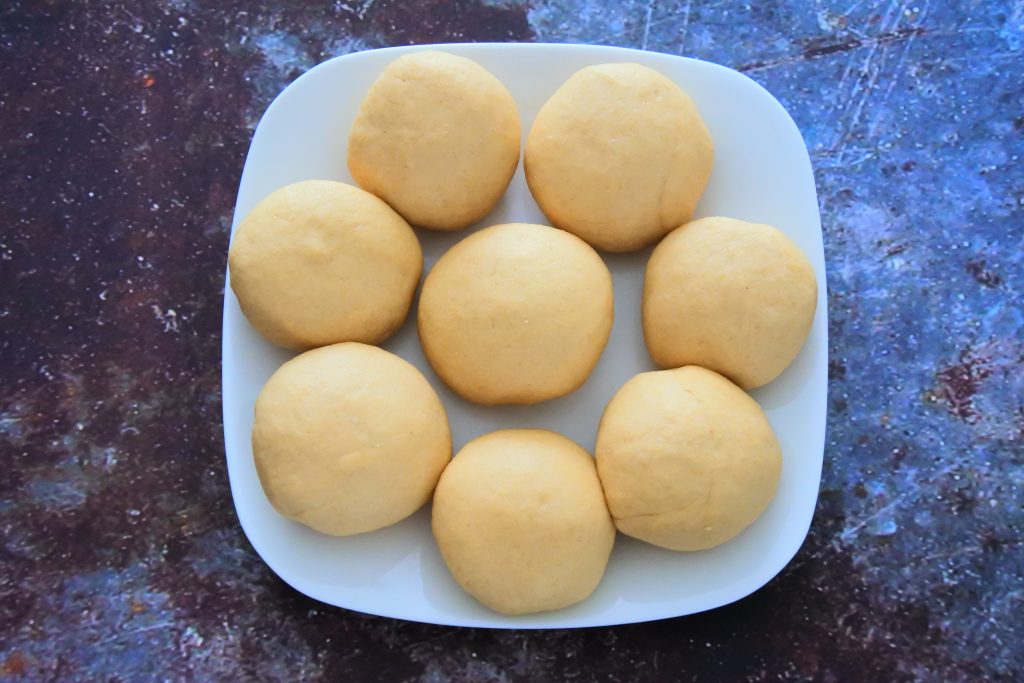 Place each portion of dough back onto the plate and set it aside to rest while we prepare the potato mixture.

Once the potatoes are boiled and cooked through, drain and add the salt, garlic, and roasted cumin to the potatoes. You can also add any other spices of your choosing from cayenne pepper to culantro. Season the potato to your liking.

Using a fork or potato masher, mash the potato until no lumps remain.

Divide the potato mixture into eight equal portions and roll into balls (this just makes it easier to handle when we go to fill the dough rounds).

So now that we have eight dough rounds and eight potato balls, it’s time to form our potato pies and fry them.

You can roll out the dough into a six inch round using a rolling pin or if you have one, a tortilla press is fantastic for this. Simply place a dough ball between two pieces of parchment paper and press between the plates of the tortilla press. Add one portion of the potato to half of the flattened dough round and fold the top half over. Pinch the seam shut with your fingers, creating a lip of about 1/4 inch, and (optional) fold the edges over by twisting small segments  and pressing each twist into the inner edge (see pic below for an example). 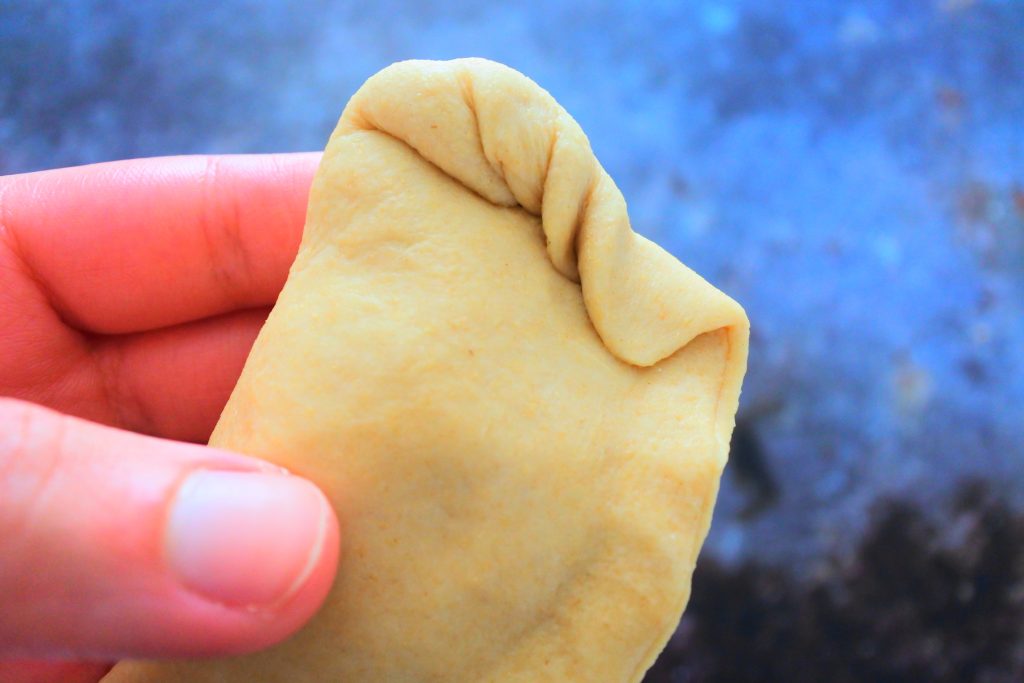 Simply twist, tuck, and press each segment in to create the edges of the pie. An alternative is to use a fork to simply crimp the edges of the pie and seal each dough round completely. Whichever option you opt for works well as the aim is to prevent the potato filling from leaking out.

Fill and seal all rounds of dough.

Add about an inch of oil to a saute-pan or frying pan. Once the oil is hot (but not smoking) add the pies, working in small batches. Do not overcrowd the pan or allow the pies to touch. Fry for 2-3 minutes on each side or until each side is golden brown. Once browned, carefully flip the pie and fry the other side until golden brown. Once both sides are fried, remove the pies and set them onto a plate lined with paper towels to drain off any excess oil.

…And a soft and well-seasoned potato filling on the inside.

Though these pies stand up well to being eaten by themselves, you can serve them with any condiment of your choosing from a simple ketchup, to a tamarind chutney or mango chutney or even a cilantro/garlic/lime sauce (shown above).