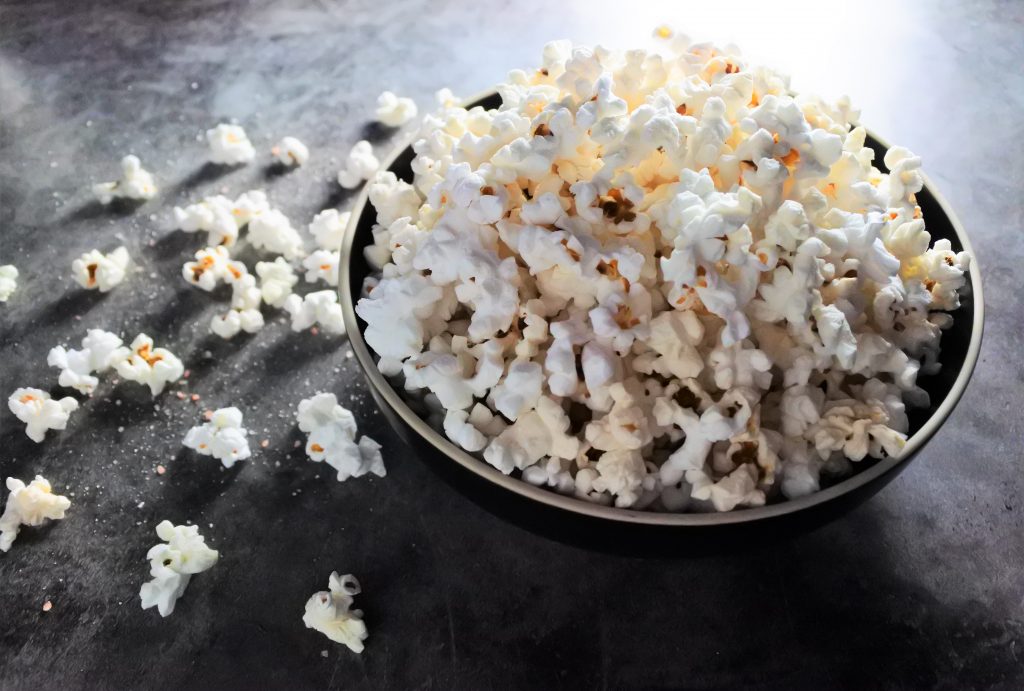 Puffed kernels of corn are an iconic movie-night treat, and in as little as ten-minutes you can whip up a fresh and healthy homemade batch of this affordable crunchy treat. Even better, you can season it to your heart’s content to make your movie night extra sweet!

Some varieties of corn, such as sweet corn, are grown for consumption (think on the cob, canned, or frozen), others are grown to be used only as animal feed, and some varieties of corn are even grown to be used exclusively as decoration. And then there’s popcorn; a variety of corn that has been created to be transformed into fluffy flakes (the term for a kernel of popped popcorn) for our crunchy, snack-tastic enjoyment!

How does popcorn ‘pop’?

The short answer is through steam that builds up within the kernels causing them to explode when high heat is applied.♨️

The more in-depth explanation requires that we understand the structure of the humble popcorn kernel; Within the hard, outer hull is the endosperm, a starchy mass that makes up the majority of the kernel. This starchy mass serves as food for  the little black dot of an embryo that can be seen on the tip of the kernel. And between these two things is a tiny water droplet 💧 that serves as the channel through which the starch is able to feed the embryo.

As you heat your popcorn kernels up that tiny water droplet begins to turn into steam which causes pressure within the hull to build up and the endosperm to swell. When that pressure reaches its breaking point, the kernel essentially explodes with such a force that the starchy endosperm gelatinizes and erupts into a flake of popcorn!💥

What is the Unpopped to Popped Ratio?

Honestly this depends on the type of kernel and the shape it pops into. For example popped mushroom kernels will yeild more popped volume than the more common yellow kernel corn for the same amount of kernels. Typically though, 1/4 cup of unpopped kernels will yield around 8 cups of popped popcorn for grocery store yellow variety corn. This is the perfect amount for 2 people to enjoy!

Yes! Eaten in moderation, a serving size of freshly popped homemade popcorn is a great savory treat! Even better, since it’s homemade you control what gets added in to it!

Plain, unseasoned popcorn is gluten-free, high in fiber, low in fat and calories, vegan and vegetarian friendly, and clean eating. More to that, it can be made using minimal additives or none at all if you air pop (aka dry pop) them. However, since it is higher in carbs, popcorn isn’t typically recommended to those on a strict ketogenic diet.

Types and Shapes of Popcorn? 🌈🦋

There are many varieties and types of popcorn and new strains and hybrids are being created constantly. Some of the more common types you’ll find in the supermarket include yellow and white popcorn. However there are other more specialized types such as Red, Blue, and Purple. As for the taste, though slight, the various corn varieties do have slight distinctions in their flavor profiles!

Butterfly/Snowflake and Mushroom are typically the names used to describe the shapes of popcorn. Mushroom popcorn is a specialty popcorn that refers to both the shape and the type of kernel that puffs into a large ball or mushroom shape.

I’ve heard soaking popcorn kernels in a bowl of water makes them pop bigger/better, is this true?

The idea behind this is that soaking the kernels will drawn more water into it so that when heated there is more water to convert to steam which means more pressure will be created and there resulting explosion of the pop will be greater which in theory will yield more and fluffier flakes. In theory.

However, here’s why that doesn’t really work, the reason for this is twofold. By soaking the kernels you’re softening the hulls which means that you’re enabling them to be porous to take in water, the reason popcorn pops is due to the hull being hardy enough to contain the steam’s pressure until it can no longer do so and then it explodes. If your hull is porous then the internal steam will be able to escape which would actually yeild a smaller flake. More to that you’re waterlogging your kernels and forcing more than necessary water into the kernel than is needed for an optimal pop.

But there is some truth to this hack!

Old kernels can and do lose their moisture over time which renders them “unpoppable”. You can remedy this situation by adding 1 tbsp of water to container with 4 cups of unpopped kernels. Shake the container to allow each kernel to be moistened by the water and ensure that none of the water pools on the bottom of the container (you might have to agitate the container several times until all the water is distributed and absorbed) and then leave your kernels for 2-3 days to absorb that moisture and to allow the hull (outside) to dry and become nonporous so that they can pop.

Fun Fact: Kernels that do not have enough moisture and are unable to pop are called “old maids” due to the fact that they are old and dried up (harsh, I know!)

Now, after all this preamble, let’s get to it…

Here’s what you need to make this simple snack:

Honestly, this is all you need for your popcorn base. As for toppings…well honestly the options are endless! I’ve listed some at the end of this post just before the recipe card for inspiration.

Before we get into the recipe, here are some tips and tricks to guarantee popped success:

Here’s how easy it is to make popcorn:

To a deep, heavy-bottom pot on med-high heat add your coconut oil and let it melt. Once melted, add in 2 test kernels. Once they pop, reduce your heat to medium and add in the rest of your kernels and stir or shake them around to coat them in the hot oil and to help them to spread out into an even layer.

Once the popping slows to 1-2 pops per second, remove your pot from the heat and uncover it. Pour your popcorn into a bowl and season it however you like. Now comes the best part, enjoying your amazing treat!

Now that you have your popcorn popped and waiting to be seasoned, here are some great options:

What else do you like to top your popcorn with? Let us know in the comments below! Until next time, guys! Happy popping! 🍿💕 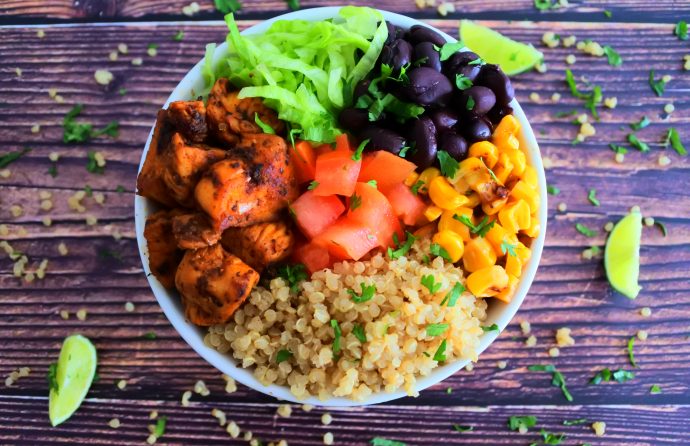